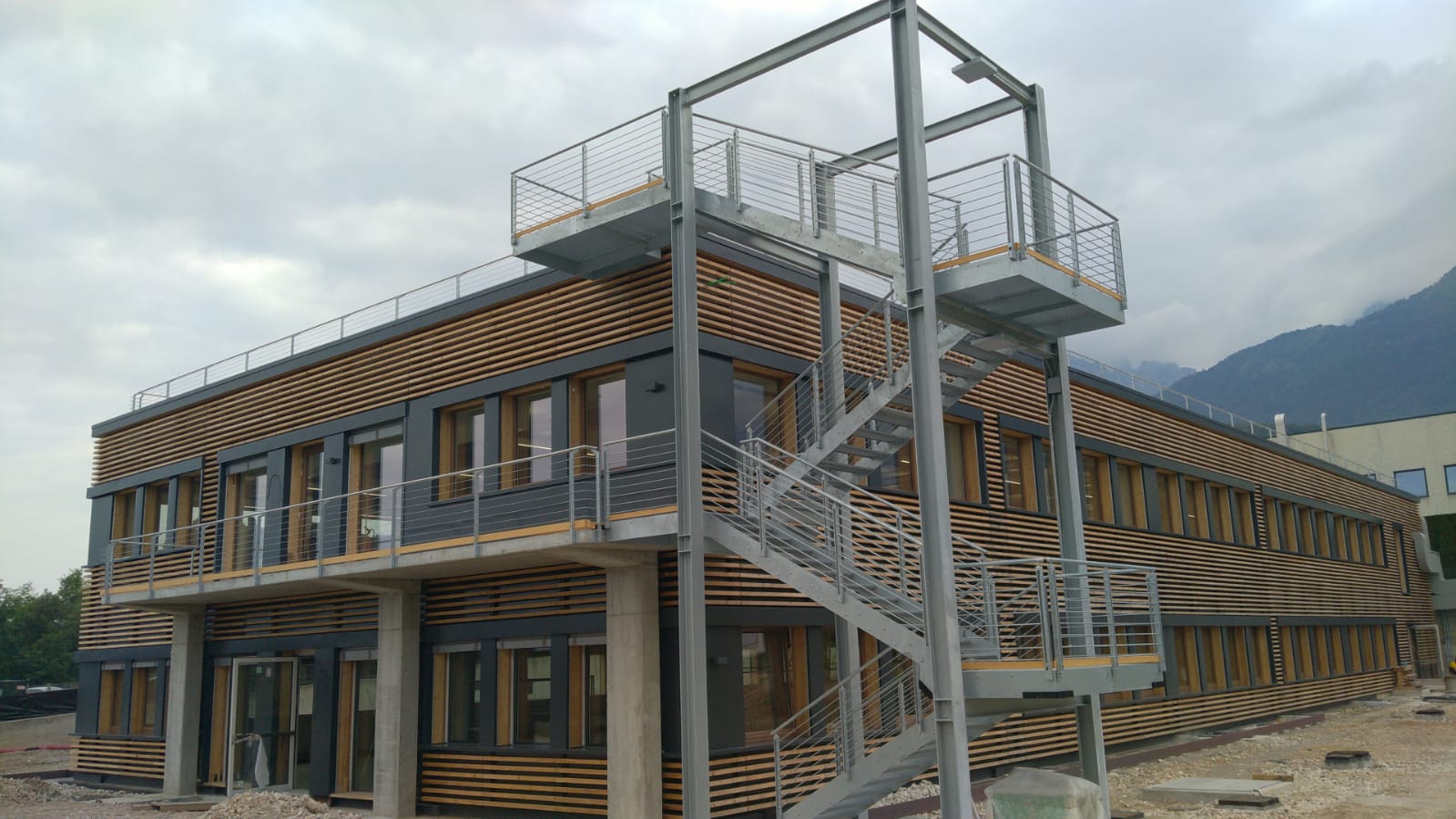 Unifarco inaugurated the new office building after just over a year of construction. A building built in the name of environmental sustainability, minimizing impacts and with an external cladding made using fir trees crashed in October two years ago by storm Vaia.

The energy class is A4, the highest required by the law in force, being a building whose construction has followed all the dictates of green building. A feature that, compared to a traditional building, leads to an annual reduction of 50 tons of carbon dioxide released into the environment.

The electrical system and all the lighting fixtures also contribute to limiting waste: part of the electricity used is supplied by the photovoltaic system present on the external canopy of the canteen area, while the LED technology adopted throughout the structure favors energy saving.